Posted by Unknown on October 13, 2016
The Cintsa Thatching team recently returned from completing a job close to Kobb Inn on the Wild Coast in the Eastern Cape of South Africa. The job involved re-thatching several rondavels and a main house within a large homestead which were experiencing some of the common problems of older thatched roofs. Read on to find out more about the five common problems that we addressed, and how they were fixed.


1. In the roofs that we worked on the original pole structure was built with untreated  poles - woodboring beatles had begun to eat away at the poles. Our team replaced all affected poles with CCA treated replacements.


2. The thatch had become thin and badly compacted through years of incorrect maintenance procedures - i.e., not filling and re-compacting the thatch during the "combing" process. Once the wire stays are visible from the outside leaking is likely to occur. The team stripped off the old thatch and replaced the roof with new, thick and well compacted thatching.


3. The cement cappings were crumbling and cracked. Once the thatching work was completed our team replaced the cement capping, applying waterproofing membrane and sealant to help prevent cracking and leaking into the future.


4. The original pole structure was built with undersized poles resulting in several poles deflecting and breaking as they were not strong enough to carry the weight of the thatch. Once the old thatch was removed from the roofs, poles of the correct size and strength were installed to replace the old poles, ensuring that the structure could withstand the weight of the thatch without bending or deflecting.


5. When completing and finishing the new roofs our team filled the space between the bottom of the pole structure and the top of the walls which were previously unfilled. This "beam filling" gives a neat finish both inside and out and seals off the cottages from the elements.

To find out more about our thatching projects and services visit our website at www.cintsathatching.co.za 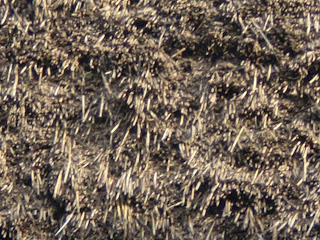